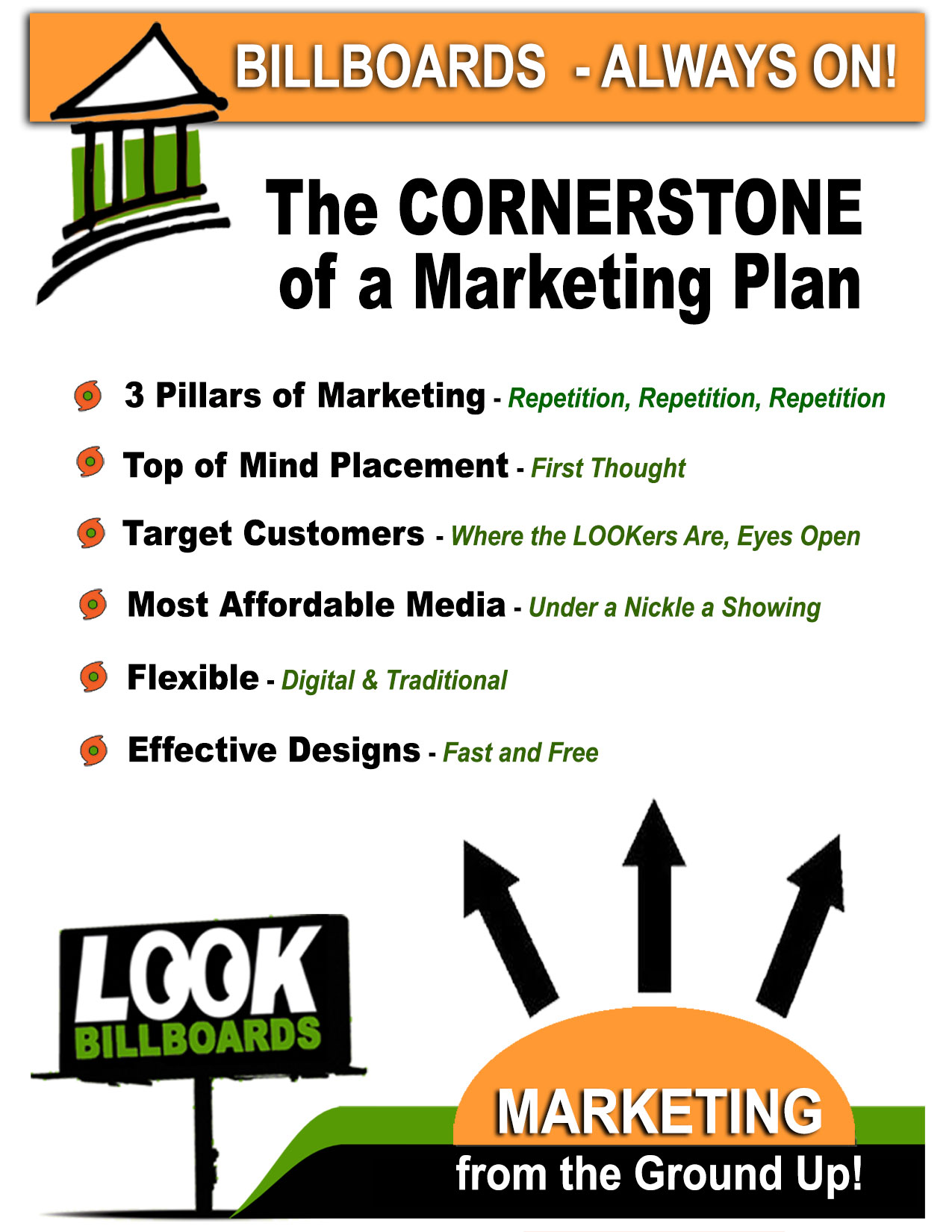 Billboards are considered by most to be the cornerstone of a great marketing program.  No media should be considered in isolation as each has benefits and limitations depending on the purpose of a particular campaign.  For most small to medium sized companies, billboards provide the opportunity to reach and deliver a consistent message, at the lowest price in any market.

Local TV is the core revenue source for local TV networks and they have faced a dilution of the affiliate brand as they rely more on online sites, digital platforms and devices to distribute programs as national networks sell programs to cable and digital media.

With varied station formats, listeners have a wide choice of options to satisfy their particular preferences. But, listener fragmentation requires advertisers to buy multiple stations and formats to accumulate a relatively large audience reach, offsetting the cost-effectiveness of radio.

The introduction of satellite radio and MP3 technology has stolen audience share from radio stations. While some technology has hindered the reach of radio listening, other technologies have enhanced radio’s appeal with consumers. Over 4,500 radio stations stream content online through local websites, providing a one-on-one connection with listeners.

Newspapers play a functional role by providing news and information. However, for more than 20 years there has been a consistent and steep decline in the number of Americans who regularly read a weekday or weekend newspaper.

Many consumers today use online sources to gather news and information rather than printed materials. Nearly 100 million homes have an Internet connection, offering almost everything found in newspapers, including national and global news, classified ads, opinions, entertainment, sports, comics and horoscopes. Many traditional newspaper advertising sectors, such as job ads and real estate, have also moved online.

Advertisers in big cities have plenty of options to reach consumers, and newspapers are one of the most expensive. Newspapers can charge as much as $25 for every 1,000 people who might see an ad covering a half page.

Internet advertising began in the mid-nineties and since then has been the fastest growing media segment. Nearly 100 million US households have Internet access today and over 90 percent of those households use broadband.

The average user spends over 25 hours online per week. As a result, the Internet represents one-third of daily media use, according to The Media Audit. While new Internet ad options continue to evolve, the value of traditional banner ads is debatable as click through rates stay low.

One of the core benefits magazine publishers can offer advertisers is the opportunity to use high production quality to influence core demographic audiences. But as more consumers are obtaining information from digital media platforms, more titles fold, circulation drops, and newsstand and subscription prices rise, the opportunities for advertisers to reach consumers through magazines are shrinking.

According to the Publishers Information Bureau, the number of advertising pages in top magazines has dropped 42 percent since 2000.

Billboards strengthen an overall magazine ad campaign by providing a constant presence in the marketplace.